“The laws that forbid the carrying of arms disarm only those who are neither inclined, nor determined to commit crimes. Such laws make things worse for the assaulted and better for the assailant; they serve rather to encourage than prevent homicides, for an unarmed man may be attacked with greater confidence than an armed one.”

Anyone wanting a few hours of private instruction please contact us, we would like to accommodate that after the Concealed Carry Classes while we are all set up. 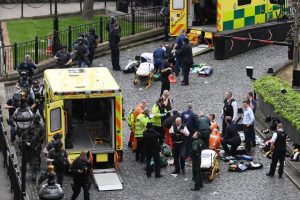 (Disclaimer: We try not to get political at NWAD, but this is a growing problem that will effect everyone and our future generations.)

Again we have an opportunity…  An opportunity to face the facts that we are at war with radical islam or continue to deny and placate islam (and many liberals & democrats).  Face the facts.  If we continue to mettle in the middle east and at the same time bring in people who hold beliefs antithetical to ours, we will continue to see these attacks and should expect more.

Stand up for Our beliefs, don’t let others guilt or pressure you into denying facts, and prepare yourselves.  We are here to help. 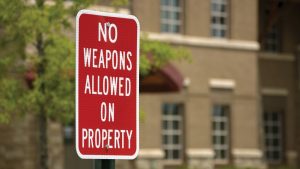 Release from NRA: Arkansas gun owners celebrated today as Gov. Asa Hutchinson signed House Bill 1249 into law. Providing more protection for gun owners, HB 1249 creates an enhanced carry permit system that allows licensees to carry firearms in most gun-free zones. Licensees would generally not be prohibited from carrying a concealed handgun into or on the following places:

“Only criminals can find safety in gun-free zones,” said Chris W. Cox, executive director of NRA’s Institute for Legislative Action. “By allowing enhanced permit holders to carry in more places, Gov. Hutchinson has made Arkansas a safer place to live.”

HB 1249 was originally introduced as a limited campus carry bill. After weeks of hearings and negotiations, the legislation evolved to provide significant benefits for law-abiding citizens who choose to upgrade their concealed carry license. With the enhanced permits, licensees are better able to exercise their right to self-defense if attacked by violent criminals.

“On behalf of the NRA’s five million members, we thank Gov. Hutchinson, Rep. Collins, as well as leaders in the House and Senate for their efforts to expand the recognition of the constitutionally protected right to self-defense for law abiding Arkansans,” Cox concluded.

Enhanced permits will be available in early 2018

Today, the Arkansas House Judiciary Committee passed House Bill 1249 with an NRA-supported amendment.   HB 1249 now goes to full House of Representatives for a concurrence vote.  Please contact your state Representative and urge them to concur on this important legislation!

HB 1249, as amended, would establish an enhanced carry permit that will greatly expand where permit holders may lawfully carry firearms for personal protection.

First and foremost, the enhanced permit will allow for carrying on public college and university campuses, without the unnecessary prohibited areas that had caused concern with the original version of HB 1249.  The enhanced permit will also allow for the lawful carrying of a concealed firearm in many places that are currently prohibited under the existing permit system, including the State Capitol, and in areas of restaurants where alcohol is served, to name a few.   As amended, HB 1249 does not contain the unacceptable age restriction of being only applicable to those who are at least 25 years old.  If you can qualify for the current permit, you can qualify for the enhanced permit.  While additional training of up to eight hours is a component of the enhanced permit, current licensees may waive up to four hours of that training, due to the training they have already received.

Again, please click the “Take Action” button above to contact your state Representative and urge them to concur on HB 1249!  Stay tuned to your email inbox and www.nraila.org for further updates on this bill.