Here is a short clip of a security guard reacting quickly and effectively; repelling the incoming assailants.

If you are looking for a semi-auto shotgun, look no further!

The Beretta 1301 shotgun is one of the best semi-autos I have ever handled.  It is light, shoots fast, eats any ammo you feed it, and would make a excellent home defense shotgun or target shredding race gun.

Here is a quick look at it in action:
https://youtu.be/i6ZXy7sxuf0

A few months ago I was looking around and could not find anyone who had really beat up on a Ruger LCP.  Now, before you get upset,  I know this is not what the gun is designed to do.  I get it.  But I think it is valuable to see what a weapons system can take even if you never intend (nor should you) abuse it. 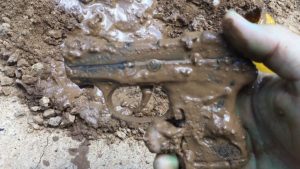 The pistol did fail, but was able to continue to work with some assistance to the slide.  I don’t carry the LCP often.  I am of the opinion it is not “enough gun” that I would want to use to defend myself.  But for those trips to the gym or other times you need a small pocket gun, you would be hard pressed to find a better option (for the money).

The late Jeff Cooper was one of the true pioneers of weaponcraft in the US. His numerous accomplishments include founder of Gunsite Ranch, editor at large of Guns & Ammo magazine, winner of the Outstanding American Handgunner award in 1995, Rangemaster Emeritus of the US Practical Shooting Assn. and long-time member of the board of directors of the National Rifle Association. He was a United States Marine, the creator of the “modern technique” of handgun shooting, and an expert on the use and history of small arms.

Even though we have moved beyond some of the techniques he taught he is still the foundation and put together some of the best “software” for cultivating a good mindset.  One of his books I think should be required reading, Principles of Personal Defense.  It’s a short book and be found online for less than $20.

“It is a classic, timeless work, encapsulated in a clear, concise, and succinct form………….it should be read, studied, and then periodically re-read and re-studied. No matter how many times you read it, you will always find one more pearl of wisdom that you missed during the last read.”

Check out this image from The Firearm Blog: 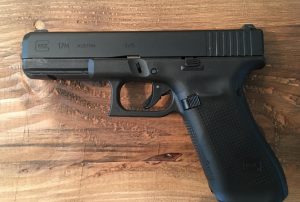 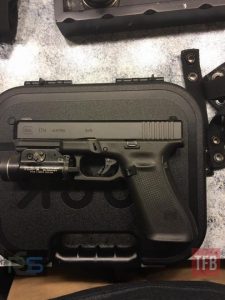 I like to use the “$50 rule.”  If you are not spending at least $50 on a holster or belt, there is a very good chance your not getting a quality piece of gear.   Here is a video review from Hegshot87 on the Trakline belt (https://youtu.be/sY2D7PnBNQI):

It is no secret that I recommend the S&W Shield 9mm with no reservation.  Here is the first review I made of the pistol.  One change, after the installation of the APEX trigger kit, I have no complaints about the trigger.

I, as most everyone else in the world, heard about the Smith & Wesson Shield due to the big hype of its release.  Since then I have heard seemingly endless praise for this little pistol.  I was skeptical as always; primarily because most gun reviews tend to be positive, and leave out those little nuggets which would lead one to find a gun to be sub-par in the name of selling advertising.  Casey was able to acquire one through a friend, who got it from a third friend, and it was not until Casey got and recommend it that Justin took a real serious look at the pistol, and purchased one for himself.

The Shield by design seems to be the ideal carry weapon.  Slim, light, decent caliber selection, full size sights, standard controls, and enough of a grip to fit most of your hand.

Initially, primary concerns were trigger, handling, and recoil.  Many of these small 9mm and larger caliber guns are simply not fun to shoot.  They tend to be snappy and generally difficult to shoot.  You might find one with a good trigger, but it has poor sights.  The next one recoils smoothly but has a nightmare of a trigger.  Does the Shield do it all and do it all well?

The trigger is the best one I have found from M&P.  It is still far from a 1911 or well worn Glock, but it is noticeably improved.  The consensus from many others is a APEX trigger is a must for M&Ps. The “tactical” trigger that comes in the Shield is a marked improvement over S&Ws initial offerings in the M&P line, but it still isn’t great. It is great comparatively, but in the grand scheme not as good as could be. But, Its not so bad I feel the need to run out an buy an APEX trigger kit RIGHT NOW. Maybe later…or not.

UPDATE: I later purchased the kit and it is well worth the money 🙂

KISS – It has everything you need, out of the way, plain and simple.  I had no issues operating the gun or its controls.  One thing that I think would be a good improvement or addition is in the area of the safety.  If you are so inclined as to use the Shield’s safety, I think it needs to be a little bigger.  The current full sized M&Ps have a 1911 style safety that would be at home in a reduced size form on the shield.  There is perhaps a market for an after market manufacturer to offer an upgraded part.

I didn’t use the safety much, but was impressed with the ease at which the safety is disengaged.  It seems to be a potentially heated topic to discussion, to safety or not, with the Shield.  But so far, I have not utilized it.

CAVEAT: Casey carries his in a Gen 1 Raven Concealment Vanguard in the Appendix position. He uses the safety and would like a little larger lever.

I shot a random mixture of 115-147 grain 9mm, FMJ, HP, and even some steal cased stuff.  I had 1 failure to extrract with steal ammo and that was it.  My range session was by no means a torture or reliability test.  I did however think it was telling that the one time I stacked the ammo in the magazine by type, I felt no significant difference.

I didn’t do any accuracy tests.  Most shots were from 15 yards on a 2/3 IPSC steal target.  The steel was freshly painted to show all hits.  I then stepped back to 25, first shot “Ding!” then walked to 50 yards, first shot, “Ding!”  I hope to do some more work at distance, but so far the Shield seems more than capable at distances far greater than its intended role.

I was pleasantly surprised that the recoil of the Shield was a non-issue.  I was able to drive the gun very well and shoot reasonably fast.  Time will tell, but after the first range session I would say that I can shoot it just as well and fast (maybe a little faster) than my GLOCK 26.

It feels a little loose in the hands without finger grooves or a palm swell to help drive your hand upwards to the axis of bore, but as I shot, it didn’t prove to be a big issue.  The Shield didn’t try to jump out of my hand like some other subcompacts I have shot.  I think it might benefit from some stippling or grip work, but I feel very confident with it in stock form. It does get a bit slick when sweaty.

Shields have been very difficult to find until recently.  They seem to be showing up on most stores shelves now.  BUT, expect to pay more than the sub-$400 MSRP.  I got mine for $450 and by coincidence drove by this sign for one for $507.  So, they are out there, but still inflated in price.

I think the Shield has a lot of potential to be an excellent daily carry for the average CCW, off duty, etc.  It is really the ideal minimalist carry option.  I am currently carrying it in a BladeTech IWB Holster. I have a few others on order, but so far the BladeTech is serving me well.

For those of you who haven’t seen the safety bulletin from Smith & Wesson, see the vid and check your gun. I don’t know how wide spread a problem it has been, but S&W will fix it if is not right.